It was finally quiet.
The moment I stepped into the woods behind Glacier Point it was the first thing I noticed.  There was no cable cars running.  A couple weekends ago I decided to take off and head up to Yosemite National Park to get outside for a day and enjoy some of the nice (and dry and hot :/ ) weather we’ve been having in California.  I took off from Russian Hill at around 5:00 am and got up to the park around 8:30.  It was perfect to watch the sun peak over Half Dome and shine into Yosemite Valley.  At Tunnel View, a nice family let me hitch a ride up to Glacier Point to hike the Pohono Trail that runs along the rim of Yosemite Valley from Tunnel View to Glacier Point in a ~13 mile stretch.  The views along the way turned out to be nothing short of postcard material. 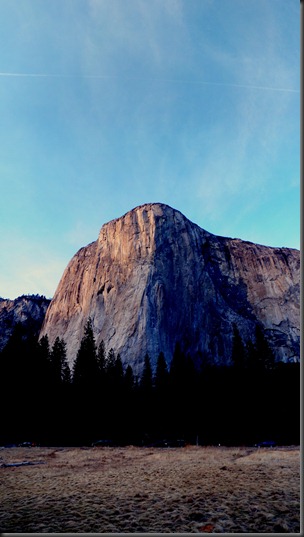 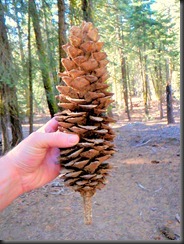 I had to take a few pictures of the pinecones that littered the forest floor.  This is a squirrel’s equivalent to a In-N-Out Double Double. 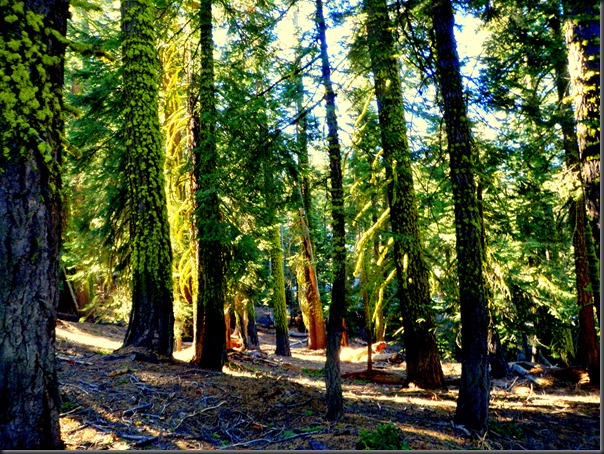 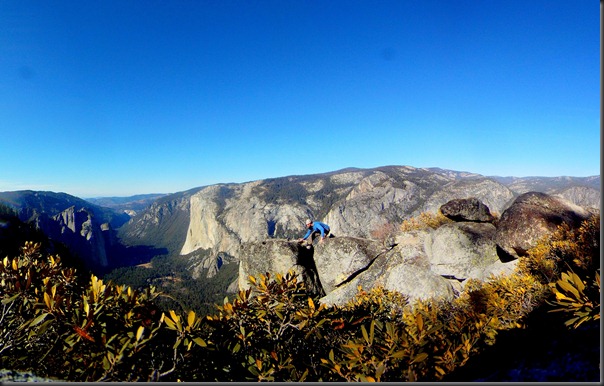 This was probably one of the stupidest things I’ve done in awhile…Setting my camera to take a timed picture and then running to try to get onto a rock that dropped about 1500 ft off the other side.  Do not try at home.

The day outdoors was a much needed break from the loud city and a fun time exploring some awesome scenery.  I’ll definitely have to make a return trip sometime in my life to tackle Half Dome when the cables are up (and if I can get a permit).
The day was pretty awesome but the drive home was not.  In between Mariposa and Merced, in the rolling hills of cow pastures, I came around a corner and slammed on my brakes to avoid hitting a Chevy pickup that was smoking in the middle of the road.  I was one of the first people on scene to a head-on collision between two pickup trucks.  The other I hadn’t first noticed because the cab of the truck was gone.  The engine block had been pushed all the way back to windshield and killed both the driver and passenger.  Another man in the other truck had his broken legs pinned by the smashed in dash.  Someone called 911 and we tried to comfort the guy stuck in the truck as others checked the pulse of the men in the smashed truck.  It was 20 minutes before fire crews showed up and used the jaws of life to free the pinned man and land a helicopter in the field next to my car to life flight him to the hospital.  I later found out that he would be ok. The whole experience was an eye opener to the consequences of driving fast, without airbags and with no seatbelts.  My prayers and condolences go out to the family of the two men in the smaller pickup.  They were right around my age.