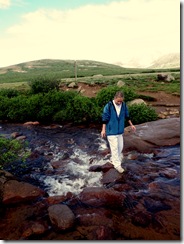 Megan and I took off a couple weeks ago before I headed home for our annual family lake trip to hit up Mt. Bierstadt.  It was her 1st 14er but we made really good time on the way up and ended up sprinting a good portion on the way down.  We had camped out the night before down the road from Guanella Pass in an awesome little forest that shelter our tent from some of the overnight thunderstorms.  The next morning the weather was near perfect and we got a late start after sleeping in a little bit.  The Sawtooth route that separates Bierstadt from Mt. Evans was looking gnarlier than ever and Megan was terrified that it had been Bill and I’s first 14ers a few years ago.  It was pretty crowded up on the mountain with people and dogs coming down from earlier morning hikes but we ended up on the summit with only a couple other people.  I had been eyeing some clouds in the distance all day hoping thunderstorms wouldn’t roll in but nothing looked too menacing.  None the less, we took off back down the mountain after only a few minutes up top just to be safe.  About half way down, we were seriously wishing we had left earlier.  A dark cloud appeared out of nowhere over nearby Grays and Torreys Peaks and was heading straight towards us.  I had Megan swap out her sweatpants for my extra waterproof pants I had brought in case of downpour and we scurried down the trail to get back to the car.  We didn’t make it in time.  The storm swooped in and started to dump hail as winds picked up and battered us as we struggled to jog with no cover anywhere in sight.  I was just thankful we had made it off the summit because lightning was going nuts over our heads and thunder followed in half-second delays.  Scary stuff.  Within 10 minutes though, the storm passed and it was gorgeous again.  Welcome to Colorado weather.  Other than the surprise hailstorm it was a great day. 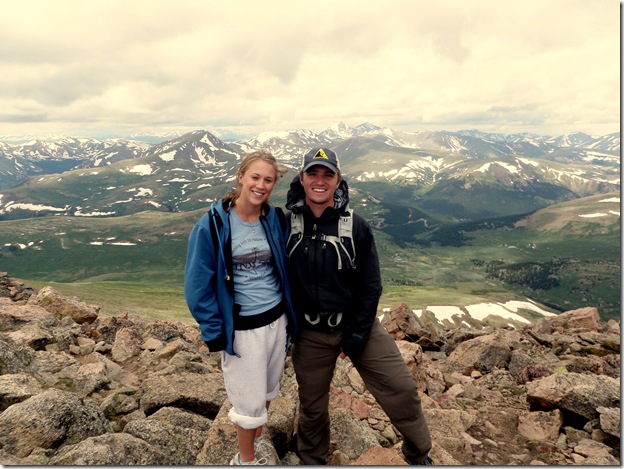 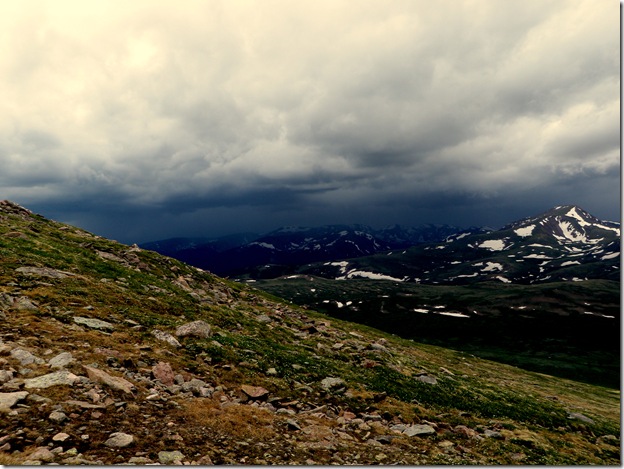