Because I’m heading into the backcountry, and up mountains (see North Maroon Peak), a lot more these days.  I figured it was time to back track a little bit and take an Avalanche 1 Certification class.  The DU Alpine Club was offering a cheap deal through Colorado Mountain School in Estes Park that I would’ve been stupid to pass up the chance to refine my knowledge of snow safety.  The class ran through the very basics of turning on your beacon to even some more advanced snow science and stability tests.  The class spent the first day in the CMS’s lodge learning about resources such as the CAIC and other decision making tools that one can use before and during a backcountry outing. 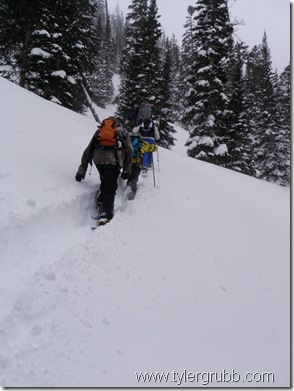 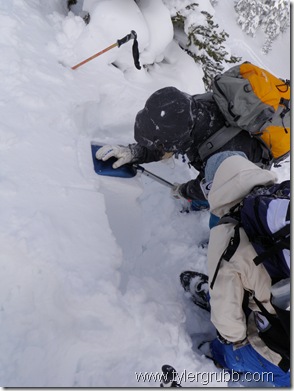 The majority of the second and third day were both spent out in the field  in Rocky Mountain National Park practicing mock rescues and analyzing terrain features.  The guides were super knowledgeable and had the experience to back up each lesson throughout the day.  My biggest takeaway from the entire class came during a mock rescue we conducted on the second day to locate and dig out a dummy buried about 3 feet under the snow.  Our team had a positive probe strike in around 4 minutes but then couldn’t manage to move the mountain of snow for another 9 minutes.  Even at 13 minutes (15 is said to be the death zone) I was shocked at how long the whole process took, especially shoveling.  The experience has made me think twice about venturing out on a day with only one buddy. 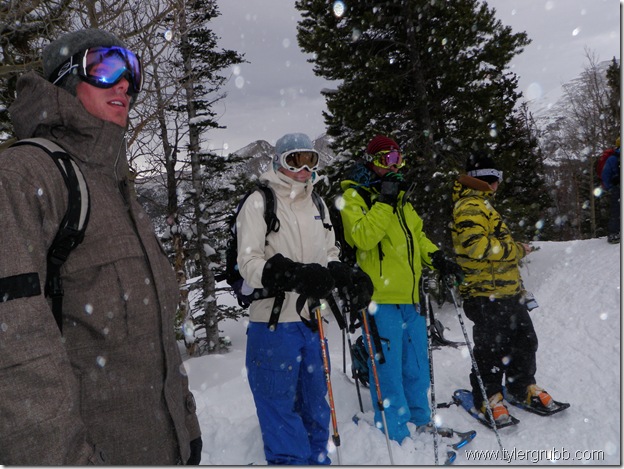 I’d highly recommend to anyone who gets into the backcountry to sign up for one of these courses.  Not only do I feel more confident about making safe decisions to keep myself and others out of trouble but also feel like I’m prepared in case something horrible did go wrong.
-Tyler Grubb